Tagalog or Filipino: What is the Difference? 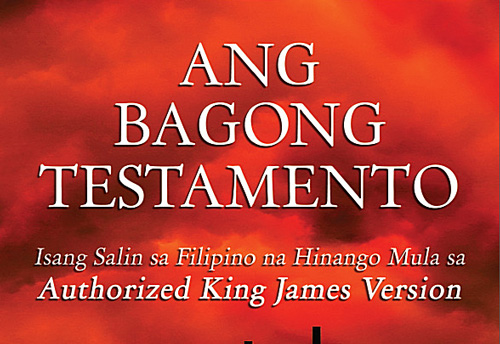 What is the Difference?

The term Tagalog describes a regional Philippine language including several of its component dialects that have variations in both vocabulary and accent. Tagalog is widely spoken in Metro Manila and the adjacent provinces of Cavite, Laguna, Batangas, Rizal, Romblon (aka Calabar Zone), plus Bulacan, Bataan, and Nueva Ecija (in Central Luzon Region).

The term Tagalog is used to specifically distinguish it from the other seven major Philippine languages, namely: Ilocano, Pangasinense, Bicolano, Cebuano, Waray-Waray, Hiligaynon, and Kapampangan; and from a dozen other auxiliary languages like: Aklanon, Kinaray-a, Maranao, Maguindanao, Surigaonon, Zamboangueño, Sambal, Yakan, Tausug, Ibanag, Ivatan, etc. To get an idea of the difference among major Philippine languages, please refer to the following chart.

To demonstrate how different these languages are, shown below are the translations of selected English words to the respective local languages

Tagalog is the native language of a particular Tagalog ethnic group in the Philippines. As earlier noted, it includes several other dialects within it; the most prominent of which is Manila Tagalog. It is considered to be the standard Tagalog, and is the language used mostly in the national media, and by both Filipinoshere and abroad.

In addition to the above mentioned list of Philippine languages are over 120 minor dialects spoken by the various ethnic and tribal groups that are spread all over our 7,100 islands.

I recall from a Philippine Sociology lecture by one of my college professors (that has ever since stuck into my mind) where he said, All languages are dialects, but not all dialects are languages by definition. In order for a dialect to qualify as a major Philippine language, there must be over one million native speakersof it. While a dialect is mostly spoken and applied orally, a language, on the other hand, is a very highly developed and specialized dialect so much so that it has its own published standard dictionary, standard grammar book, and sets of written literary works (poetry, novels, prose, etc.) Otherwise, a dialect remains just a dialect or an auxiliary language at best. Thus, in the light of this, many of our tribal people and native minority groups (which may number into the thousands, but not reach over a million) speak dialects which, by no means, are not classified as Philippine languages.

The term Filipino (officially, our national language) is used to distinguish it from the rest of the languages of other nations of the world. Filipino is based from Tagalog, in much the same way as American English is based from its mother tongue—British English. That is why Noah Webster published his Webster’s 1828 Dictionary (which we have and have been helpful in our translation work)—also known as the American Dictionary of the English Language which was published to aid the American people better understand (British) English words.

There are key differences between Tagalog and Filipino. First of all, the Filipino alphabet is made up of 28 letters, which includes the entire original 20-letterset of the Tagalog alphabet plus the letters: c, f, j, ñ, q, v, x, and z.

Filipino, as we know it today, has evolved into a living, flourishing language (as opposed to a slowly dying Tagalog language). Filipino has become very flexible in the assimilation of many Chinese, Malay, Sanskrit, and especially English and Spanish words. Filipino has even made it possible to “nativize? or “Filipinize? words, phrases and expressions through the application of Filipino rules of spelling. Thus, you would find words such as: keyk (cake), kompyuter (computer), biskwit (biscuit), hayskul (high school) and similar others because no direct plain Tagalog equivalents have evolved for such words. In cases where there are actual Tagalog translations for such words, the Tagalog ones are often never used because they are considered too deep and have insufficient gist for the average listener or reader.

So what is the difference between Filipino and Tagalog? One can think of Filipino as Tagalog Plus (or Hybrid Tagalog) which is a form of common Tagalogspoken and understood in our 7,100 islands. Filipino easily adapts and absorbs the “contributions” (a.k.a. “loan words”) of other languages into it other than Tagalog. For instance, it is quite all right to say diksyunaryo (from the Spanish diccionario) or bintana (from the Spanish ventana) in Filipino, whereas a Tagalog purist (or someone still stuck in the “old Pilipino” era of a generation or two ago) might strongly insist on a native Tagalog word like talatinigan (for dictionary) or durungawan (for window), respectively.

Most, if not all, published Filipino-English-Filipino Dictionaries (of which we have about a dozen in both printed and online versions) include hundreds of words in their entries that are of foreign origin. Such words have been transliterated or adapted into Filipino. A few examples are: Ingkóng (Chinese: A–kong); Bahay (Malay: Balai); Maharlika (Sanskrit: Mahardikka); Dispensasyon (English: Dispensation); and Ebanghelyo (Spanish: Evangelio).

It is also more politically accurate to refer to Filipino, not Tagalog, as the Philippine national language. For Filipinos from other parts of the country, Tagalog is not their first language; they only learn to speak Filipino as a second language because it is constitutionally the national language and a mandatory part of the curriculum in schools.

Therefore, in our humble opinion, Filipino is much more versatile and effective than Tagalog in translating the precise meaning of English and other foreign words. For the record, my fellow translators and I have been translating the Authorized King James Version of 1611 into the Filipino language and not Tagalog!